DISCLAIMER: THE WRITE READS and PENGUIN PROVIDED ME AN E-ARC OF THE NOVEL, KATE IN WAITING BY BECKY ALBERTALLI IN EXCHANGE FOR AN HONEST REVIEW.

Interpretations are my own and may not reflect the author’s intention. If they did, that would be cool. Analysis may contain spoilers or highly condensed scenes in the book. Spoilers nonetheless so be warned.

Summary I got from Goodreads:

Contrary to popular belief, best friends Kate Garfield and Anderson Walker are not codependent. Carpooling to and from theater rehearsals? Environmentally sound and efficient. Consulting each other on every single life decision? Basic good judgment. Pining for the same guys from afar? Shared crushes are more fun anyway.

But when Kate and Andy’s latest long-distance crush shows up at their school, everything goes off script. Matt Olsson is talented and sweet, and Kate likes him. She really likes him. The only problem? So does Anderson.

Turns out, communal crushes aren’t so fun when real feelings are involved. This one might even bring the curtains down on Kate and Anderson’s friendship.

Becky Albertalli is the author of the acclaimed novels Simon vs. the Homo Sapiens Agenda (film: Love, Simon), The Upside of Unrequited, and Leah on the Offbeat. She is also the co-author of What If It’s Us with Adam Silvera. A former clinical psychologist who specialized in working with children and teens, Becky lives with her family in Atlanta. You can visit her online at www.beckyalbertalli.com. 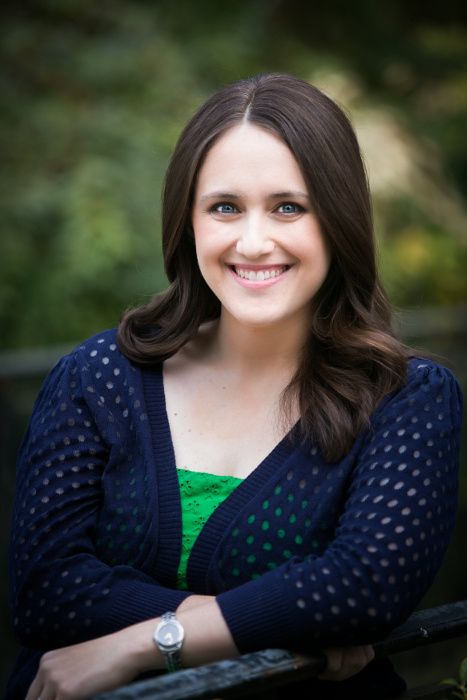 Kate in Waiting and my overreading

To save your time from reading my rambles: I adore this book from its fleshed out characters to the pacing of the story, from its format to its symbols. Somehow, while preparing to review this novel, I asked myself if I was reading into it too much. But what’s new?

The novel explores many interpersonal and social relationships, highlighted by the numerous times Kate Garfield, our protagonist, shares her enthusiasm for theater and how her club or group of friends is different from jocks and what she calls f*** girls or boys. I might have read a number of shoujo manga that’s why I don’t find the plot unique: a shy girl, surrounded by supportive friends, gets attracted to one of the leading men, gets into a conflict with one of her friends, gains confidence and achieves her dreams, and realizes that true friendship is a treasure one cannot find anywhere. Kate in Waiting is peppered with just the right amount of twist that we get a whole new different story. But there’s something more special about the novel that successfully pulled me in, apart from who’s who that Becky Albertalli has been known for.

The novel is divided into Scenes rather than Chapters. You can argue with me that this is probably just a naming convention and I get that but I’m thinking, Kate in Waiting can be viewed as a stage production. The length of each scene is short compared to other novels and will require minimal stage backgroud and props as Kate’s story revolves around the usual places, her mother’s house, her father’s house, school cafeteria, classroom and clubroom, and of course, Kate and Andy’s special place, the BTF (Bathroom Time Forgot). The latter I assume can be prepared as if the stalls were facing the audience, and we, as readers who have VIP tickets, can see them occupying the stalls. The first person narration in present tense frames the story, giving the reader what seems to be Kate’s long stage act as a high school girl who stars in a musical…or play (If Anderson were real, he would skin me, I know). What better way for a wanna-be theater actress to narrate her story but in a stage play?

If you think at this point that I’ve certainly overread, you’re not alone.

If there’s one glaring symbolism in the story (mind you, contrary to popular beliefs, I don’t just look for or come up with symbols: they are there), it’s Kate’s experience in driving and her relationships.

In a car, at least in 2021 for those who will be reading this in the future, only one person can steer and that’s the one seated in the driver’s seat, holding the wheel and pressing the gas pedal. In short, the driver is in control. Referencing this to Kate’s relationships, most of her scenes involving car rides be it Anderson’s, Ryan’s or Matt’s, show her position, not as the driver, or in this case the one who leads the relationship, but the passenger, the one who waits until she reaches the destination where the driver takes her.

Kate’s dependence on Anderson as the driver of their best-friend dynamic is palpable. They have something they call a “communal crush” which means, their attraction to a person depends on how much the other likes him. No matter how Kate finds someone attractive, a word from Andy saying he isn’t attractive enough will mean the same thing for her since it’s less “exciting” to have a crush without having Andy to imagine scenarios with.

She lets Andy create rules that will require them to be “happy” for the other as his or her relationship with Matt progresses. She knows this is unfair; she is aware of being dishonest to herself. Her confrontation with Andy is one of the highlights of the novel for me: here’s a passenger who realizes, the driver isn’t always in control. A passenger can get out of the car and leave (just as long as the car isn’t in motion, folks). I also find her initiative in resolving their issues noteworthy as it shows she can also steer where her relationship with Andy will go.

Kate lets her attraction to Matt pull her along. Based on the refreshing Coke-ad description, who wouldn’t? Her relationship with Matt is like a brand new car with a brand new driver and she lets him lead her on because it feels like he knows what he is doing and where they are headed. However, unlike Andy as the driver with clear goal and direction visible to Kate owing to their long and comfortable relationship, Matt wants to head somewhere different from Kate’s expectation. Unaware of the “communal crush,” Matt attracts Kate even further with his natural charm only to confide to her his sexual orientation and unconsciously reject her. Kate as the passenger in this new friendly relationship does not have a say on this. She hasn’t been able to communicate where she wants to go yet she has to accept, no matter how difficult, that they have opposite destinations in mind.

The bus ride in the first chapters of the novel is a prelude to Kate and Noah’s dynamic. Nobody is leading, they are on equal footing, yep a reference to the scene when they walk back to Kate’s place from a party, and their destination is hidden from them until they realize where they want to go and take over this new relationship.

I haven’t forgotten that scene when Noah drives Kate home. Is this a new found symbolism of Noah driving their relationship? I don’t think so. Kate has developed so much in the story that she has become a backseat driver and in that scene, she takes control and plants a suggestion, “Can I kiss you?” and she knows that Noah won’t resist.

My Thoughts on Kate in Waiting

Rarely do I find a book that makes me question my rating system and this is one of them. The writing is fantastic. I like how Kate starts from being dependent on Anderson to the point when she takes a step to get him back. Her character development started from taking the chance and earning herself a spot in their musical, Once Upon a Mattress, to admitting her attraction to Matt, to owning up to her actions and spending a day with Noah, to improving her relationship with Andy.

It is the kind of novel that I know Syme, my Andy, would like and that’s the highest praise I can ever give this book.